My profile My favourites Forum 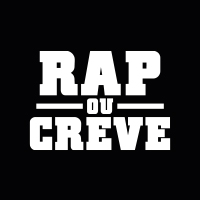 Verse 1: Styles P
Stepping out the Benz with the shearling that Bane had
Before you test me, you ought to think of your brain pan
Donnie's a gorilla, Al-Qaeda came with the killers
Gun on the wait, while I wait for niggas
Plate full of plants
If you wanna die, y'all know the devil, go ahead and pick the date for the dance (Go ahead)
I'm in the i8, blow an 8th on the iPhone
On a money call, then take the advance (Uh-uh)
Fifty-fifty split, takе mines on the back end
Businеss going good, take the profit, put it back in (Put it back in)
Reganomics in effect (Yeah), rooftops with cartels, honoring the set (E-block)
My outfit, put you out kid
Fuck about the plug, 'cause we the outlet (We the outlet)
Yardie homie got a TEC, and he on that stat shit (Damn)
Latin homie got the coke and he on that rap shit

Verse 2: DMX
They call me the microwave, 'cause I hit 'em with hot shit, quick (Damn)
Got the streets like, damn this LOX shit sick (Ooh)
We ain't playing with you niggas
In the trunk I got them things that I'm spraying at you niggas (What?)
Think something funny? Y'all keep laughing
Nigga already dead, I'ma keep stabbing (Ugh)
Been a loose cannon, been putting work in (Yeah)
Name ringing bells, from School Street to Warburton (Woo)
Niggas talk about battle, but they ain't battle dog (Nah)
My rap sheet is longer than niggas catalogues (What?)
Fuck you battle for? (Ugh), you know you ain't winning (Uh-uh)
X been the grim reaper since the beginning (Okay)
These new rappers got me like, "What the fuck is you doing?"
You all over the place with it, what the fuck is you doing?
If you ain't spitting the truth, then the shut the fuck up (Please)
Fuck you, suck my dick, now what

Verse 3: Sheek Louch
All this fake love around here, I know how it feel
You could just say, "What's up?", I could tell it ain't real
Nigga came home from somewhere, I could tell it ain't jail
No music, got a hunnid thousand large in the mail
Can't tell them all your plans, 'cause they want you to fail
Nigga hate when you be moving, they rather you still (Haha)
Keep track of me (Facts), watch the back of me (Facts)
I pop up more than my son's acne (Yeah)
Cut 'em into pieces, body in the freezers
I don't drink lean, so I don't be catchin' seizures (Nah, haha)
With the cheese, I'm like Lil' Caesars (Woo)
Fuck your debit card, and your lil' visas (Oh)
Coke game, dope game, niggas been around that (Oh)
Shot dead, left at your bitch house, you get found at (Oh)
Trap game, rap game, niggas made hits (Huh, hits)
LOX, D-Block, get off our dicks, ah

Verse 4: Jadakiss
Pretty much are who we are now (LOX)
We shed light on a city with a dark cloud (Y-O)
We bought Diddy through, even bought the R's out (Yeah)
In a lot with the trucks and the cars out (Hmm)
And we never said once, if it wasn't for us (Uh-uh)
Hindsight I look back, it just wasn't enough (Nah)
The fake love got exposed, just wasn't the lust (Uh-uh)
You find out who's who, you seek others to trust (Woo)
It was already bars (Yeah), we was already stars (Yeah)
Couldn't make us more related than we already are (Nah)
It was written already, meaning it was already God
And we came from the bottom so it was already hard
Now I smoke different, I drink different, I think different (Yes)
My contract is much bigger, so the inks different
My outlet, not about my outfit (Fuck)
How you feel about shit? You ain't really bout shit, nigga

Back to: Videos Clips 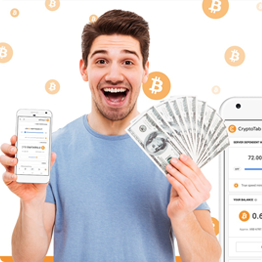 We will send you instructions to reset your password by e-mail.